In February, Esben Just headed west and toward the southern U.S. state of Louisiana. The destination was Esben's second hometown; New Orleans. Here, Esben was to act as a guide for a larger delegation of Danish teachers and music aficionados, who, among other things, were to experience the legendary carnival Mardi Gras.

For it is in New Orleans that Esben has, countless times over a number of years, visited, lived and taken inspiration for the very repertoire, with which he for just as many years, has delighted Danish music fans at clubs and festivals from Gedser to Skagen.

Esben's fascination with the great masters such as Professor Longhair, Fats Domino and Dr. John and their iconic songs, have since the beginning of Esben's career filled well on the set charts, whether it has been with the 'heart child' Sp-Just-Frost, Groovy Greasebags, Esben Just Trio or on his solo tours.

Songs like ‘Iko Iko’, ‘Go To The Mardi Gras’, ‘Hey Pocky A-Way’ or ‘St. James Infirmary Blues ’, are classics that are almost always on the repertoire when Esben sits behind the grand piano, turns up the charm and gives it gas.

But it has also become a series of self-composed and Danish-language songs, of course with the unmistakable New Orleans flavor, songs that the audience has embraced, and which will also be on the set list when Esben Just Trio visits the Riverboat Jazz Festival in 2022 . 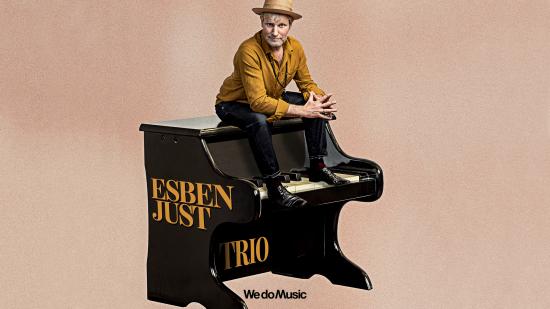